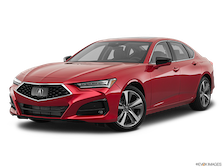 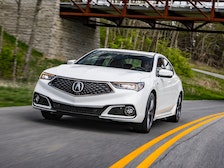 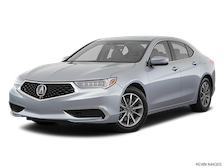 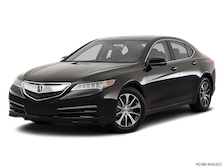 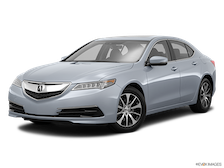 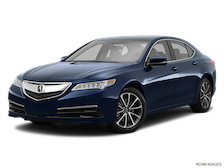 The Acura TLX was introduced for the 2015 model year to replace the four-cylinder TSX and the V6-only TL. Dimensionally, the TLX is sized more like a TSX, but offers room competitive with the 3-Series-sized members of the class.

The Acura TL became one of the premium brand’s most well-known and highly regarded models of the 2000s, and the sportier Acura TSX was the best-kept secret for those who loved slick, front-drive handling and a revvy four-cylinder engine. So what did Acura do in 2015? Merge them into one model to compete head-on with the likes of the Lexus IS, Audi A4 and ever-present BMW 3-Series. Enter, the Acura TLX.

A 2.4-liter four-cylinder engine with 201 horsepower is standard, which is mated to an eight-speed dual-clutch transmission. It’s new technology for the Acura line, and the automaker found ways to increase the smoothness of an automated manual transmission while maintaining the quick shifts that they are known for. The result is good performance that makes the 2.4-liter engine behave more like the 2.0-liter turbos that have become the standard among European compact luxury sedans.

A 3.5-liter, 290-horsepower V6 is available with either front- or all-wheel drive, and is paired exclusively with a nine-speed automatic transmission. As in the old TL, the all-wheel drive system is Acura’s “Super Handling” system, which is able to split power not just between axles, but between wheels and aid in high-speed cornering. The four-wheel-driven TLX aims to be not just a sled for snowy seasons, but also a performance car for exuberant driving.

All TLXs boast features such as heated leather seats, alloy wheels, a power moonroof and other niceties. Common options are satellite navigation, an ELS audio system and active safety features such as forward collision warning and blind spot monitoring.

CARFAX offers millions of used cars for sale nationwide. Every listing includes the vehicle history. The data below is updated daily, based on used car inventory for sale on CARFAX for the last five model years of this car. Find Used Acura TLX For Sale
Acura TLX Deals on CARFAX
Percentage of Acura TLX for sale on CARFAX that are Great, Good, and Fair Value deals. Values are determined by whether the selling price is above, below, or the same as the history-based CARFAX Value.
Great Value
(935)
Good Value
(700)
Fair Value
(364)
No Badge
(241)
VEHICLE HISTORY SUMMARY
The Vehicle History Summary represents the percentage of cars available for sale on CARFAX that are reported to have no accidents or damage, had 1-owner, been used as a personal or personal lease car, and/or have service history information. 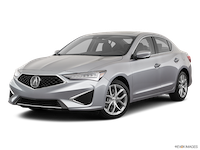 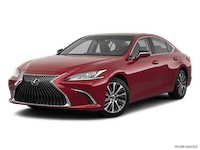