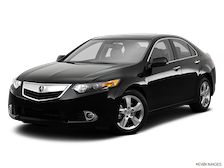 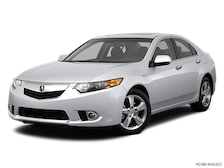 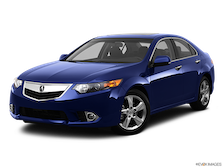 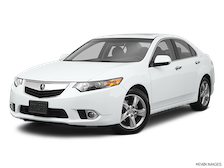 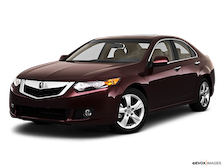 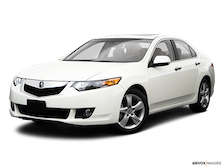 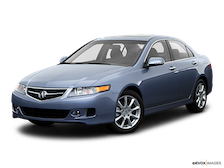 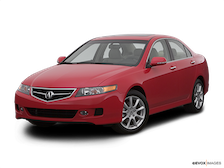 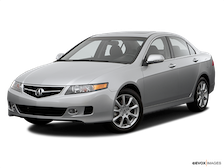 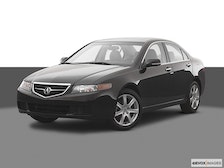 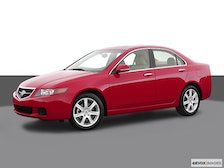 The Acura TSX was the automaker’s entry-level model that was first introduced in 2004 and redesigned in 2009. It was replaced by the TLX in 2015.

If you want to play in the luxury car marketplace, you better have an entry-level model to draw people in. Acura took this advice to heart when it introduced the TLX back in 2004. The sedan became a favorite among those who loved driving thanks to a high revving four-cylinder engine and a suspension that could give anyone a grin in the corners. When it came time to redesign the TSX, Acura kept most of basics and added to it.

The second-generation TSX, introduced for 2009, boasted sharper styling to fit in line with the rest of Acura’s lineup. The most prominent feature was the shield grille, which drew a mix of praise and ridicule. Sharp lines and creases are the other prominent feature of the TSX’s exterior. Step inside and you’ll find a pleasant, if somewhat busy interior thanks to center stack with loads of buttons.

Power comes from a 2.4-liter four-cylinder engine with 201 horsepower. Depending on which transmission you choose, torque ratings vary slightly. The six-speed manual TSX boasts 172 pound-feet of torque, while models with the five-speed automatic have 170 pound-feet.

Standard equipment is quite generous on TSX with 17-inch wheels; HID headlights, fog lights, a sunroof, dual-zone automatic climate control, power seats, leather, Bluetooth and a seven-speaker audio system. If you opt for the TSX with the Technology package, you’ll get navigation, a backup camera and a 10-speaker Acura/ELS premium sound system.

For 2010, Acura introduced a punchier, 3.5-liter V6 with 280 horsepower and 254 pound-feet of torque as an option. The engine only came with a five-speed automatic transmission. A year later, the TSX Sport Wagon launched, which offers 31 cubic feet of space with the rear seats up and 61 cubic feet with the rear seats down. The wagon gets the 2.4-liter engine and five-speed automatic as standard equipment.

2013 would see the last major change for the TSX with introduction of a Special Edition package for the four-cylinder sedan. The Special Edition added a more aggressive body kit, faux-suede seat inserts, red interior stitching and aluminum pedals.

Competitors to the Acura TSX include the Audi A4, BMW 3-Series, and Volvo S60.

The first-generation Acura TSX arrived in 2003 as a 2004 model year vehicle. Acura called on Honda’s European division to sell the European-spec Accord for the North American marketplace. Power came from a 2.4-liter four-cylinder engine with 200 horsepower. This could be paired with a six-speed manual or a five-speed automatic transmission. Standard equipment on the TSX included 17-inch alloy wheels, leather, an eight-way power driver’s seat, dual-zone automatic climate control, and an eight-speaker audio system.

2006 saw Acura give the TSX a refresh with a new front end and a boost to 205 horsepower. Bluetooth hands-free calling also became available.

CARFAX offers millions of used cars for sale nationwide. Every listing includes the vehicle history. The data below is updated daily, based on used car inventory for sale on CARFAX for the last five model years of this car. Find Used Acura TSX For Sale
Acura TSX Deals on CARFAX
Percentage of Acura TSX for sale on CARFAX that are Great, Good, and Fair Value deals. Values are determined by whether the selling price is above, below, or the same as the history-based CARFAX Value.
Great Value
(125)
Good Value
(105)
Fair Value
(93)
No Badge
(55)
VEHICLE HISTORY SUMMARY
The Vehicle History Summary represents the percentage of cars available for sale on CARFAX that are reported to have no accidents or damage, had 1-owner, been used as a personal or personal lease car, and/or have service history information.