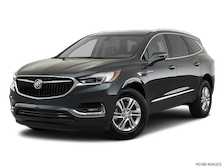 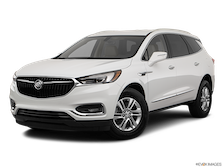 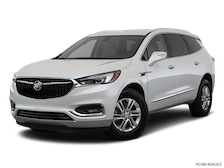 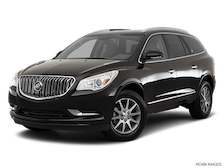 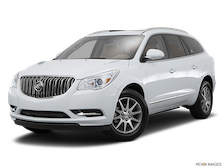 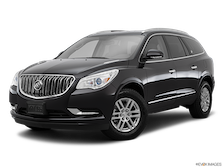 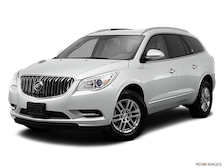 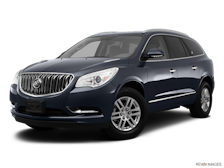 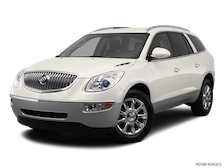 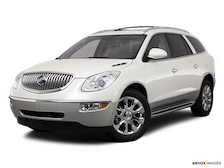 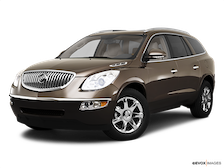 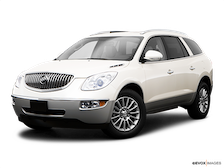 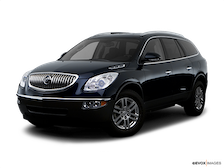 With the Buick Enclave, General Motors took a big step toward making a desirable three-row luxury SUV and picked the right time to do it. But in essence, the Enclave is an ideal family vehicle, filling a similar niche to what full-size wagons like the Electra and Roadmaster did a generation or two ago.

The Enclave was introduced in 2007 as a 2008 model, about nine months behind its corporate cousins: the GMC Acadia and Saturn Outlook. All three, and the later Chevrolet Traverse, are created on GM’s Lambda platform and powered by a 3.6-liter V6 engine (putting out 275 horsepower here), which is paired with a six-speed automatic transmission and standard front-wheel drive or optional all-wheel drive.

The Enclave, Outlook and Acadia seat either seven passengers with standard second-row captain’s chairs, or eight with a no-cost option to get a second-row bench seat. Space inside rivals what minivans offer, especially with second and third rows folded. The Enclave’s interior materials are among the best of what GM crossovers offer, with lots of wood, chrome and soft lighting. Most models have leather upholstery, while a Bose audio system, a large moonroof and a power liftgate are popular additions.

For 2009, the Enclave got a new 3.6-liter V6 with direct injection, boosting power to 288 horsepower. Bluetooth was added to the list of standard features and an upgraded navigation system became available.

The 2010 Enclave got some trim and packaging modifications, as well as an available USB port. The transmission was reworked for smoother operation and better power. The 2011 and 2012 models were basically unchanged.

For 2013, the Enclave earned its first meaningful revisions, starting with moderately altered front and rear ends, as well as new trim and wheels. Suspension changes were also made, and more sound deadening materials were added. The interior benefitted from new trim and the introduction of Buick’s IntelliLink infotainment system, as well as a center-mounted air bag for front seat passengers.

In 2014, lane departure warning and forward collision warning were added to some trims. No changes were made for 2015.

The 2016 Enclave gets a new Tuscany Edition with brown paint and special wheels. An OnStar 4G LTE system with a built in Wi-Fi hot spot (subscription required) is also new for the 2016 model year.

In addition to the Traverse and Acadia, the Enclave is often cross-shopped with three-row SUVs like the Acura MDX, Honda Pilot, Infiniti QX60, Nissan Pathfinder and Toyota Highlander.

CARFAX offers millions of used cars for sale nationwide. Every listing includes the vehicle history. The data below is updated daily, based on used car inventory for sale on CARFAX for the last five model years of this car. Find Used Buick Enclave For Sale
Buick Enclave Deals on CARFAX
Percentage of Buick Enclave for sale on CARFAX that are Great, Good, and Fair Value deals. Values are determined by whether the selling price is above, below, or the same as the history-based CARFAX Value.
Great Value
(708)
Good Value
(564)
Fair Value
(725)
No Badge
(537)
VEHICLE HISTORY SUMMARY
The Vehicle History Summary represents the percentage of cars available for sale on CARFAX that are reported to have no accidents or damage, had 1-owner, been used as a personal or personal lease car, and/or have service history information. 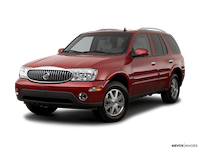 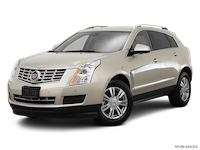 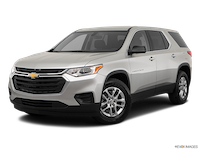 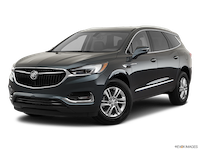 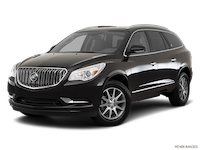