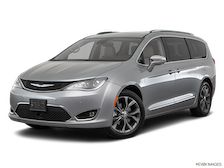 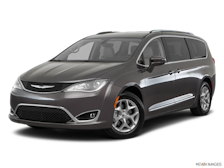 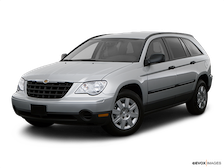 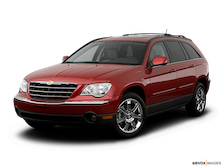 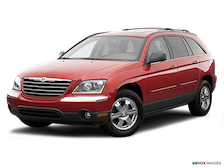 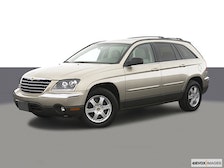 The Chrysler Pacifica is a minivan, introduced for 2017 and as a replacement for the previous Chrysler Town & Country. All-new from the ground up, the front-wheel drive Pacifica shares its name with an earlier and unrelated crossover SUV.

Completely new for 2017, the Chrysler Pacifica continues more than three decades of minivan building from the automaker widely credited with launching the segment in 1984.

The Pacifica adopts a front fascia that aligns closely with the Chrysler 200 midsize sedan. It features a long, narrow upper grille, a broad lower grille and generously apportioned embrasures that house the available fog lamps.

All models come with a long wheelbase, a broad track and a low ground clearance. Two front doors and a pair of sliding rear doors are present. The Pacifica features distinctive body sculpting, trim, wheels and a sloping roofline.

From the rear, the Pacifica has a spoiler, wraparound combination lamps, reflectors and body sculpting.

Inside, seating is for seven or eight. The front bucket seats are followed by a second-row bench seat or a pair of bucket seats. A bench seat is in the third row. All seven-passenger models have Stow ’n Go seating whereby the second- and third-row seats fold into the floor.

Numerous storage compartments are found throughout the Pacifica, including a floor tray and second-row in-floor storage bins. An innovative center console system with pass-through storage and sliding cup holders is standard.

All models are equipped with keyless entry and push-button start, a tilt-and-telescoping steering column, cloth or leather seats, a touch screen display, Bluetooth and USB connectivity, air conditioning and an audio system.

The Chrysler Pacifica is powered by a 3.6-liter V6 engine making 287 horsepower. This engine is paired with a nine-speed automatic transmission. A plug-in hybrid variant is also available.

Competing minivans to consider include the Toyota Sienna, Kia Sedona, Honda Odyssey and Nissan Quest. The Dodge Grand Caravan, which is based on the architecture supporting the previous Chrysler Town & Country, might also be cross-shopped.

An earlier Chrysler Pacifica was introduced in 2004 and sold through 2008. This wagonlike SUV offers seating for six passengers, along with standard front-wheel drive and available all-wheel drive. Standard features include dual-zone air conditioning and an AM/FM stereo.

Upon its debut, the Pacifica was powered by a 3.5-liter V6 engine making 250 horsepower, which is paired with a four-speed automatic transmission.

In 2005, Chrysler added a 3.8-liter V6 engine for the base front-wheel drive model. This engine makes 210 horsepower.

For 2006, Chrysler pulled the 3.8-liter V6, but brought it back in 2007 (this time with a horsepower rating of 200) in the base front-wheel drive model. It also replaced the 3.5-liter V6 found in other models with a 253-horsepower, 4.0-liter V6. A six-speed automatic transmission comes standard with the 4.0-liter engine.

CARFAX offers millions of used cars for sale nationwide. Every listing includes the vehicle history. The data below is updated daily, based on used car inventory for sale on CARFAX for the last five model years of this car. Find Used Chrysler Pacifica For Sale
Chrysler Pacifica Deals on CARFAX
Percentage of Chrysler Pacifica for sale on CARFAX that are Great, Good, and Fair Value deals. Values are determined by whether the selling price is above, below, or the same as the history-based CARFAX Value.
Great Value
(677)
Good Value
(735)
Fair Value
(1096)
No Badge
(957)
VEHICLE HISTORY SUMMARY
The Vehicle History Summary represents the percentage of cars available for sale on CARFAX that are reported to have no accidents or damage, had 1-owner, been used as a personal or personal lease car, and/or have service history information. 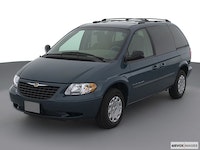 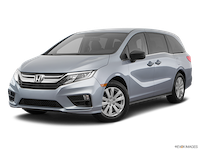 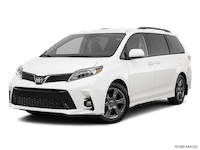 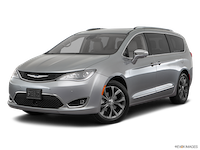 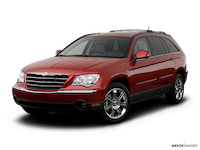