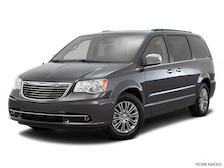 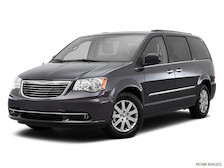 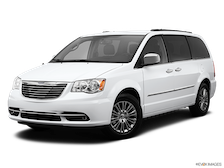 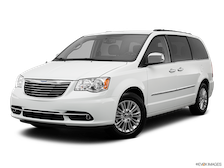 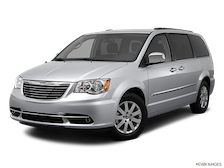 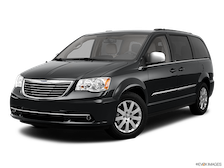 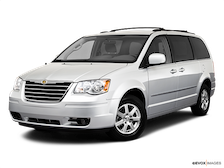 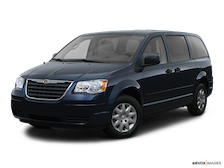 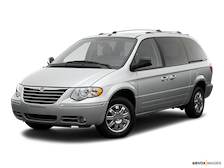 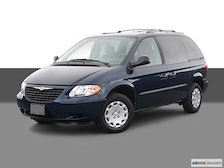 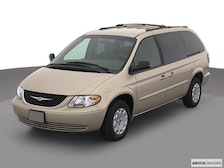 First introduced for the 1990 model year, the Chrysler Town & Country offers the space and practicality expected within the minivan segment. A powerful V6 engine and an upscale interior also accompany this vehicle, which has more useable interior space per dollar than just about anything on the road.

The last generation for the Chrysler Town & Country was introduced for the 2008 model year and refreshed for 2011. It’s a luxurious minivan built and sold by the company that essentially started the minivan craze in 1984. Long sold alongside its platform mate, the Dodge Grand Caravan, the Town & Country was retired after the 2016 model year and replaced by an all-new Chrysler Pacifica.

Chrysler simplified the engine lineup starting with the 2011 model year, when a 283-horsepower, 3.6-liter V6 and a six-speed automatic transmission became standard on all models. The Town & Country returns an EPA-estimated 17 mpg city and 25 mpg highway with this engine, and can tow up to 3,600 pounds when properly equipped.

With over 30 years of experience, Chrysler has developed a minivan that behaves more like a full-size sedan than an oversized truck or SUV. Acceleration is surprisingly good, handling is excellent and the brakes are up to the task of stopping the heavy vehicle.

While the base Town & Country is nicely equipped, moving into the higher trims levels transforms the minivan into a feature-packed six- or seven- passenger rolling entertainment complex. Dual-screen Blu-ray players and satellite radio provide entertainment, while the available Uconnect Web service serves passengers with a hi-speed Wi-Fi hot spot.

The Chrysler Town & Country is a strong contender in a small, but impressive minivan segment that includes the highly rated Honda Odyssey and Toyota Sienna. Other strong opponents include the Kia Sedona, Nissan Quest and the related Dodge Caravan.

The Chrysler Town & Country was launched for 1990 with a high-level of standard equipment and three rows of seating. The original Town & Country was available in three trim levels and originally powered by a base 3.3-liter V6 and a four-speed automatic transmission. Notably, all-wheel drive was rolled out as an option during the first-generation. A 3.8-liter V6 that offered a little more power became standard starting with the 1994 model year.

The original Town & Country represented excellent value and provided a great alternative for large families who needed space, a higher level of comfort and excellent utility.

The Town & Country was fully redesigned for the 1996 model year, offering more diversity than ever with all-wheel drive available as an option and a new SX model that featured a shorter wheelbase. The 3.3-liter V6 returned and was augmented by the now optional 3.8-liter V6.

The next redesign appeared for 2001. Initially available only in the long-wheelbase format, the short wheelbase model returned in 2004. The fourth-generation Town & Country has a reputation for overachieving in the comfort department. It could be configured to be the most luxurious minivan on the road, with available features like heated leather seats, a rear-seat entertainment system and navigation. Chrysler’s Stow ‘N Go second- and third-row seating was also offered, which disappears into the floor to quickly provide more cargo space.

CARFAX offers millions of used cars for sale nationwide. Every listing includes the vehicle history. The data below is updated daily, based on used car inventory for sale on CARFAX for the last five model years of this car. Find Used Chrysler Town & Country For Sale
Chrysler Town & Country Deals on CARFAX
Percentage of Chrysler Town & Country for sale on CARFAX that are Great, Good, and Fair Value deals. Values are determined by whether the selling price is above, below, or the same as the history-based CARFAX Value.
Great Value
(487)
Good Value
(534)
Fair Value
(542)
No Badge
(438)
VEHICLE HISTORY SUMMARY
The Vehicle History Summary represents the percentage of cars available for sale on CARFAX that are reported to have no accidents or damage, had 1-owner, been used as a personal or personal lease car, and/or have service history information.