Sign InSign Up
FIAT
Choose a Model
Choose a Year 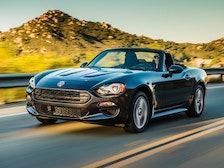 FIAT 124 Spider Reviews
2020 Starting MSRP:
$25,390
Affordable roadsters exist to make thrilling performance accessible to the masses, and the Fiat 124 Spider is one of the newest arrivals in this fun-loving segment. Launched in 2017, the… More
Find Used FIAT 124 Spider For Sale
(129 listings) 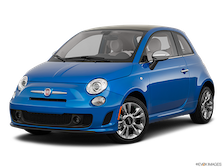 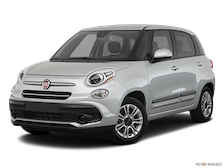 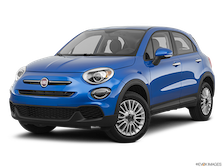 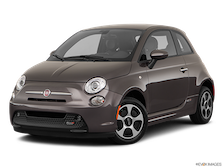 FIAT 500e Reviews
2019 Starting MSRP:
$33,210
Its uniquely cheerful styling and enjoyable handling make the Fiat 500e a standout. With its electrified powertrain, this small hatchback is one to consider if you’re in the market for… More
Find Used FIAT 500e For Sale
(446 listings)

Founded in 1899, Fiat is one of the oldest surviving car brands in the world. Based in Turin, Italy, Fiat stopped selling cars in the United States in the 1980s, but resumed sales in 2011. Today, the automaker offers a small collection of models based on its 500 line.

FIAT is an acronym for Fabbrica Italiana Automobili Torino(Italian Car Manufacturer of Torino), the name used both for the holding company that was succeeded in recent years by Fiat Chrysler Automobiles, NV, as well as for the Fiat brand itself.

Fiat built its first cars in 1900, nearly a year after the company was founded. In 1908, the automaker set up its U.S. operation and opened a plant in Poughkeepsie, New York. That plant stayed in production for seven years and built two versions of the Fiat Type 56 seven-passenger touring car — one with a four-cylinder engine and the other with a six-cylinder engine.

From the 1960s to the early 1980s, Fiat once again had a brief presence in the U.S., as it imported both the X1/9 and the Spider 2000. Quality problems, especially rust issues, dogged the manufacturer and the company exited the U.S. market in 1983.

Fiat yet again established a toehold in the U.S. market when its parent company began the process to take over the bankrupt Chrysler corporation in 2009. Two years later, the first Fiat 500 models appeared, a line of mini cars that compete with the Smart Fortwo, Scion iQ, Chevrolet Spark and the Mini Cooper.

The Fiat 500 line is composed of two-door coupes and includes standard, cabriolet and Abarth editions. Each of these front-wheel drive models is powered by a normally aspirated four-cylinder engine, except for the Abarth which has a turbocharged engine. A Fiat 500e electric car is sold in California only.

Beginning with the 2014 model year, Fiat released a second 500 model, the front-wheel drive 500L. This four-door multi-purpose or crossover utility vehicle shares the same name as the mini car, but is based on an entirely different platform. That platform underpins the Dodge Dart and other smaller models. Additionally, it is powered by the same turbo engine found in the Fiat 500 Abarth. Other models to consider in this segment include the Kia Soul, Nissan Cube, Scion xB and the Mini Cooper Countryman.

A third Fiat model joined the U.S. lineup in summer 2015. The Fiat 500X is a subcompact crossover utility vehicle or SUV with room for five. It is an all-new model and shares its platform with the Jeep Renegade. The 500X offers a turbocharged 1.4-liter four-cylinder or a larger normally aspirated 2.4-liter four-cylinder engine. Front-wheel drive is standard and all-wheel drive is available. Competitors in this segment include the Nissan Juke, Honda HR-V, Mazda CX-5 and Chevrolet Trax.

Fiat is a mainstream brand and a close competitor to Mini and Volkswagen. Other brands to compare include Chevrolet, Ford, Toyota, Nissan, Honda, Hyundai, Kia, Subaru and Mitsubishi.