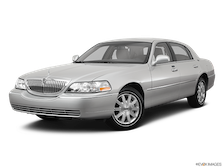 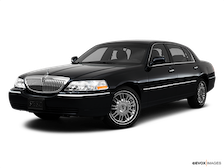 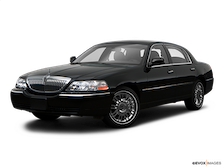 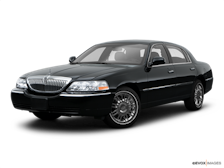 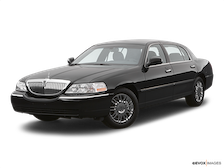 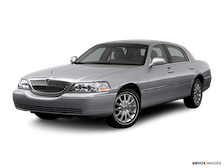 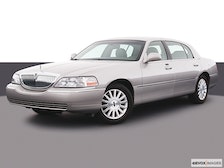 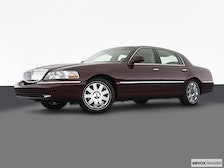 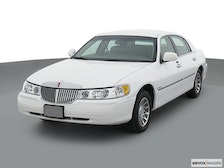 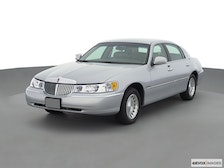 The Lincoln Town Car is a model that needs no introduction as it served as this marque’s flagship sedan for three decades before production was ended in 2011. This traditional six-passenger, rear-wheel drive sedan also yielded a stretched wheelbase variant over the last 11 years of its model run.

In 1998, Lincoln released the third and final generation of its Town Car sedan. All models offer a single powertrain choice: a 4.6-liter V8 engine making 200 horsepower. However, performance increased to 220 horsepower for the Cartier editions and to 239 horsepower in the Signature Touring model, the latter being the only Town Car equipped with a dual-exhaust system. A four-speed automatic is standard across the product line.

The third-generation model eased the boxed-styling of the previous two models, most notably on both the front and rear fascias. The upright grille found in previous models was replaced by one that is canted and marked by a U-shaped base beginning in 1998. Oversized headlamps with parking and turning signal indicators flow out from the grille and wrap around the front. Later models added daytime running lights. At the base of the front bumper is an air intake along with fog lamps.

Beginning in 2001, Lincoln Town Car buyers had the choice of a standard wheelbase sedan or an extended wheelbase model, which stretched the wheelbase from 117.7 inches to 123.7 inches. Along the sides, this model is marked by color-keyed mirrors, alloy wheels and body molding. The limousine-like silhouette is denoted by its even beltline and is amplified by a long roof and an extra thick rear pillar.

At the rear is a deck marked by oversized combination lamps with brake lights, turn signals and backup lights. Chrome garnishment surrounding the license plate compartment and along the rear bumper provides further embellishments.

Inside, the Lincoln Town Car offers seating for as many as six people. A fold-down “jump seat” connects the front bucket seats, enabling another person to sit between the seats. To the rear is a plush bench seat with a fold down arm rest in the middle position.

All Town Car models provide leather seats, wood trim, a tilt steering wheel, steering wheel-mounted cruise and audio controls, power accessories and a premium audio system. Even in its later years, the Lincoln Town Car lacked many of the technology features that were common in other Ford and Lincoln vehicles, such as a voice-activated Sync system and a USB port.

Shoppers of the now-retired Lincoln Town Car might also consider current models, including the Lincoln MKS sedan as well as the Lincoln MKT crossover. The Town Car’s chief competitor was the Cadillac Deville, which was later renamed the Cadillac DTS. The related Ford Crown Victoria and Mercury Grand Marquis might also be considered.

In 1981, the Lincoln Town Car was released. The first-generation model was built from 1981 to 1989, and was powered by a 5.0-liter V8 engine. Initially a two-door model was built alongside the sedan, but after 1981 it was dropped, leaving the Lincoln Continental Mark VI as the lone full-size two-door car in the segment offered by Lincoln.

The second-generation Lincoln Town Car was built from 1990 to 1997. For the first year it offered the previous generation’s V8 engine before switching to a 4.6-liter V8 in 1991. That engine along with a four-speed automatic transmission remained this model’s sole powertrain choice for the next 20 years.

CARFAX offers millions of used cars for sale nationwide. Every listing includes the vehicle history. The data below is updated daily, based on used car inventory for sale on CARFAX for the last five model years of this car. Find Used Lincoln Town Car For Sale
Lincoln Town Car Deals on CARFAX
Percentage of Lincoln Town Car for sale on CARFAX that are Great, Good, and Fair Value deals. Values are determined by whether the selling price is above, below, or the same as the history-based CARFAX Value.
Great Value
(12)
Good Value
(27)
Fair Value
(17)
No Badge
(55)
VEHICLE HISTORY SUMMARY
The Vehicle History Summary represents the percentage of cars available for sale on CARFAX that are reported to have no accidents or damage, had 1-owner, been used as a personal or personal lease car, and/or have service history information. 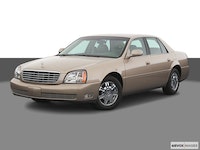 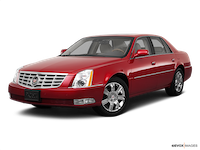 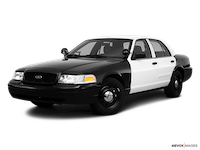 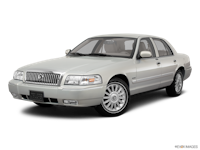