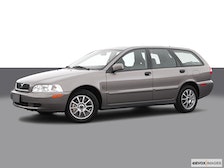 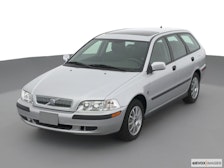 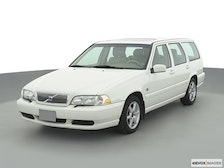 The Volvo V40 is a compact luxury station wagon. Designed in partnership with Mitsubishi, the V40 was introduced to U.S. drivers in 1995 when Ford owned Volvo. The V40 is based on the Volvo S40 sedan and adds extra versatility to that well-equipped small-car package.

The first-generation V40 was launched in 1995 as part of a new design strategy from Volvo. The idea was to drop the “boxy” part of the brand’s “boxy-but-safe” approach to motoring. So the V40 was designed to be appropriately sleek and stylish. However, it was only available internationally at first. Volvo didn’t bring the V40 to the United States until the 2000 model year.

The standard engine for the 2000 Volvo V40 is a turbocharged 1.9-liter four-cylinder engine with 160 horsepower. The key advantage over the S40 is that the V40 has as much cargo space as some small SUVs. Both models continue to benefit from Volvo’s sharp focus on safety engineering.

The V40 was refreshed in 2001, when it gained yet more safety features. Highlights include additional airbags, the ISO-FIX system for latching child seats and front seats that are designed to protect against whiplash in certain situations. The same year, the V40’s standard four-speed automatic transmission was updated to a five-speed gearbox.

Although later models of the V40 have been sold globally, the wagon wasn’t renewed for U.S customers.

The first-generation Volvo V40 fits into a fairly small niche. It provides a more upscale ownership experience than the Volkswagen Jetta station wagon but without the traditional lux resume of the Audi A4 or BMW 3 Series wagons.

Volvo
V40
near zip code
CARFAX Info for Volvo V40
CARFAX offers millions of used cars for sale nationwide. Every listing includes the vehicle history. The information for Volvo V40 is not available. 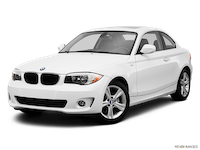 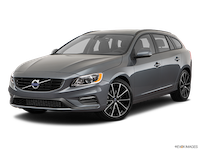