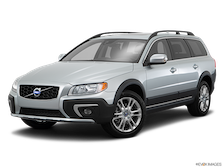 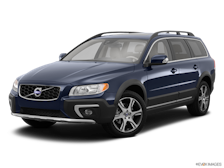 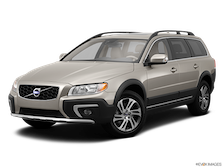 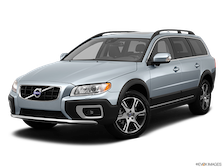 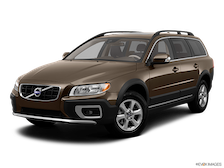 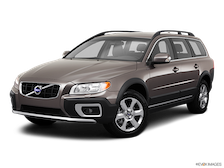 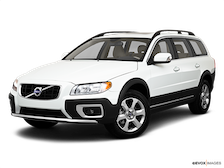 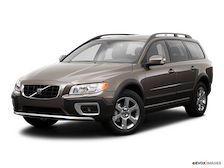 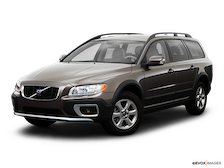 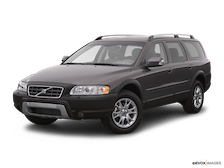 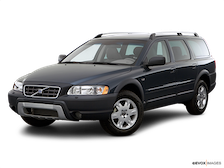 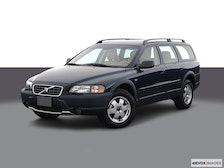 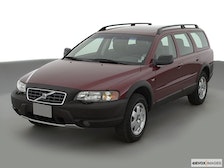 The Volvo XC70 debuted with the 2003 model, and it’s a renamed version of Volvo’s Cross Country wagon. This premium crossover wagon is notable for its roomy accommodations and ability to tackle snowy roadways. The XC70 was discontinued after the 2016 model year, and two generations are available.

Volvo rolled out the second-generation XC70 in the 2008 model year. Relative to the first generation, the redesigned model offers styling that’s more upscale and modern, as well as new features like blind-spot monitoring and a forward collision warning system.

This midsize luxury wagon seats five passengers. Initially, second-generation models came standard with all-wheel drive for travels on roadways that are wet with rain or slick with snow.

Modern Volvo vehicles are known for offering an aesthetic that’s elegant and understated, and this is reflected in the XC70’s exterior design. With its stylish grille and creased hood, this wagon has a polished look. Overall, its sheet metal gives this car a confident, upscale appearance.

The XC70’s cabin is comfortable and attractive, with good legroom for passengers in both rows. As you’d expect from a wagon, there’s a generous amount of cargo space on board.

With is smooth, forgiving ride quality, the XC70 is a great choice for family transportation. And its higher-than-average ground clearance makes it a capable pick for light off-roading. When it was first introduced, this generation was motivated by a 3.2-liter six-cylinder engine good for 235 horsepower. This powerplant was teamed with a six-speed automatic transmission.

The XC70 comes packed to the brim with upscale standard features. All models are equipped with dual-zone automatic climate control and a tilt-and-telescoping steering column. Skid plates and a roof rack are also standard, for those with outdoor pursuits in mind. The options list includes amenities like adaptive cruise control. a power tailgate and a rear-seat DVD entertainment system.

Volvo tweaked and upgraded the second-generation XC70 over the course of its life cycle. An optional turbocharged engine joined the lineup in 2009, producing 281 horsepower. And that year, Bluetooth connectivity was added to the list of standard features. In 2010, the wagon got a new grille, interior enhancements and a slight improvement in fuel economy.

Both engines got a horsepower boost in 2011. The base engine’s output jumped to 240 horsepower, and horsepower was bumped up to 300 for the turbocharged engine. Also, a front-wheel-drive version of the car became available that year.

The car’s upper instrument panel was redesigned in 2012. The next round of notable upgrades took place in 2014, bringing in revised exterior styling and an expanded range of features.

A new four-cylinder engine debuted in 2015, expanding the car’s engine roster to three. That year, the XC70 also added a new eight-speed transmission. The XC70’s engine lineup was trimmed from three to two in 2016, and this marked the car’s final year of production.

The XC70 is cross-shopped against luxury wagons like its less outdoorsy sibling, the Volvo V60, as well as the Audi Allroad. This model is a great choice if you’re looking for a premium wagon that’s built to handle rough weather.

Volvo launched the first generation of the XC70 in 2003. This model was introduced with a five-speed automatic transmission, as well as a turbocharged 2.5-liter engine good for 208 horsepower. For most of its life, the first-generation XC70 offered an optional rear-facing third-row seat that boosted passenger capacity from five to seven.

In 2004, the XC70’s steering was revised, and bi-xenon headlights joined the options list. The wagon got a new grille and redesigned headlights in 2005, as well as interior upgrades.

In 2006, a new all-wheel-drive system was introduced. For the 2007 model year, an optional dual-screen rear-seat entertainment system was added, and the optional third-row seat was discontinued. This was the last year of production for the XC70’s first generation.

CARFAX offers millions of used cars for sale nationwide. Every listing includes the vehicle history. The data below is updated daily, based on used car inventory for sale on CARFAX for the last five model years of this car. Find Used Volvo XC70 For Sale
Volvo XC70 Deals on CARFAX
Percentage of Volvo XC70 for sale on CARFAX that are Great, Good, and Fair Value deals. Values are determined by whether the selling price is above, below, or the same as the history-based CARFAX Value.
Great Value
(17)
Good Value
(23)
Fair Value
(30)
No Badge
(27)
VEHICLE HISTORY SUMMARY
The Vehicle History Summary represents the percentage of cars available for sale on CARFAX that are reported to have no accidents or damage, had 1-owner, been used as a personal or personal lease car, and/or have service history information. 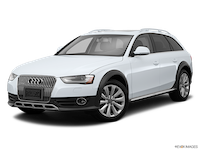 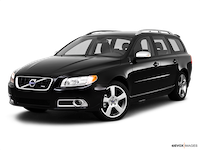